Anyone who loves Lulu is killed by that love. To men, Lulu is the instrument satisfying their sexual desires, yet irritatingly, she remains autonomous and intact throughout, which makes her seem even more attractive. Attractive because her libidinous rules are in seductive contrast with the moral mainstream. Everything she does, she does with her body, and men experience ecstatic happiness, ecstatic aggression, ecstatic death. Lulu fuels this mechanism. “If people have killed themselves for my sake, that does not diminish my value.” Both battlefields – love and money – are threatened by bad speculation. On the stock market shares are traded, rising and falling just like the value of erotic attraction. The final crash drags Lulu down with it.

Awarded with the German Theatre Price DER FAUST 2017 and named „production of the year“ by the journal Opernwelt.

In his menagerie, the Animal Tamer welcomes the audience. He presents his beasts: tigers, bears and monkeys. Among them is a “snake”, which is not a snake but the girl Lulu.

Scene 1
Lulu models for the Painter who has been commissioned by her husband, the Professor of Medicine Dr. Goll. Dr. Schön, an influential publisher, and his son the composer Alwa, are present. After Alwa and his father depart for the theatre, the Painter tries to seduce Lulu. She initially rejects him, but he persists. Dr. Goll arrives to find the door locked, and after breaking the door down, collapses from a heart attack.

Scene 2
Lulu and the Painter have married. The Painter does not know that the numerous commissions he has been receiving are paid for by Dr. Schön. Surprisingly, an old friend of Lulu named Schigolch arrives. The encounter is interrupted by the appearance of Dr. Schön. The purpose of his visit is to insist that Lulu stop seeing him. Lulu, however, refuses to let him go, especially since she has learned of his plans to marry. The Painter returns. Having been told by Dr. Schön of Lulu’s past, he rushes off and cuts his own throat.

Scene 3
Lulu is changing for her performance as a cabaret dancer. She asks Alwa whether Dr. Schön will be in the audience, and tells him of her latest admirer, a prince, who wants to take her to Africa as his wife. When she goes on stage, the prince appears. His conversation with Alwa is interrupted by an alarm, and Lulu storms in. She pretends to be stricken with a heart attack when she learns that Dr. Schön and his prospective bride are in the auditorium. Dr. Schön staggers into Lulu’s dressing-room and tries to make her return to the stage, she forces him to write a letter of farewell to his bride by threatening to leave him forever with the prince.

Scene 1
Lulu has married Schön but continues to attract admirers. She welcomes one of them, the lesbian Countess Geschwitz, who invites her to a ball for female artists. As she leaves, Schön regrets that such people are now part of his “family circle”. He goes off to the Stock Exchange. Geschwitz returns, followed by the Athlete, Schoolboy and Schigolch. All declare their love for Lulu. They rush to hide when Alwa enters. Not even Dr. Schön’s son Alwa can escape Lulu’s allure. Upon realizing this, Dr. Schön believes he can only free himself of Lulu’s insidious influence if he forces her to shoot herself. She takes the revolver and shoots Dr. Schön. Lulu begs Alwa to save her from arrest.

Scene 2
Many months have passed. The Countess Geschwitz and Schigolch carry out their plan to free Lulu, who has been imprisoned and contracted cholera. The Athlete and Alwa await Lulu’s return, and are horrified at her frail appearance. Realizing that his plan to make her his partner in the circus is futile, the Athlete leaves to get the police. After declaring their mutual love, Alwa flees with Lulu abroad.

Scene 1
A salon in Paris. Various people try to blackmail Lulu, among them a white-slaver, and the Athlete. Lulu, Schigolch and the Countess Geschwitz devise plans to dispose of them. In a chaos of schemes, Lulu and Alwa manage to escape just before the white-slaver brings the police to arrest her.

Scene 2
A garret in London. Lulu lives with Alwa and Schigolch in poverty. In order to support herself and the two men she works as a prostitute. Lulu enters with her first client, the Professor. The next visitor proves to be Geschwitz carrying Lulu’s portrait. Lulu is unable to bear the memory of her past and leaves again for the street. She returns with her second client, an excited gentleman with a slight accent. As they begin to argue about money, Alwa enters and intervenes. The client clubs him to death. As Schigolch drags off Alwa’s body, lulu appears with another client. Unexpectedly, the client murders Lulu and the Countess Geschwitz in cold blood. 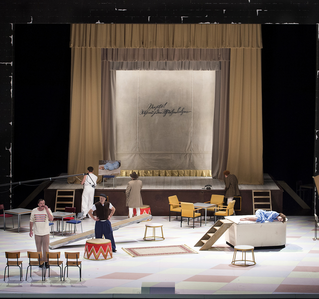 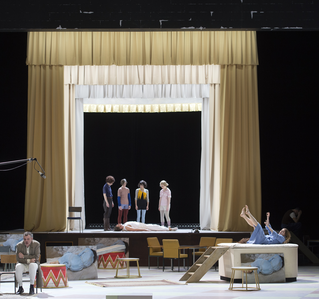 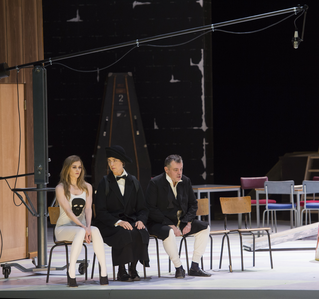 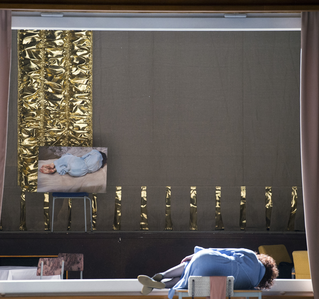 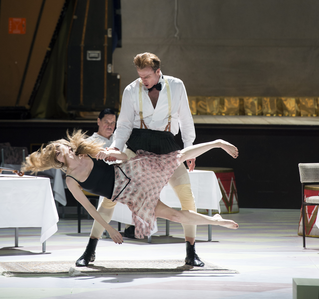 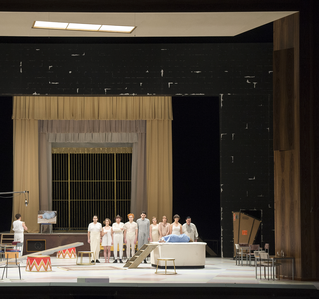 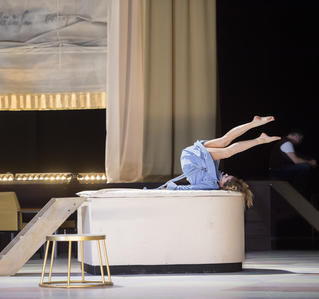 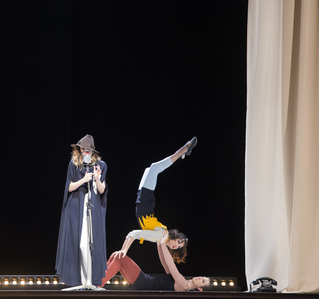 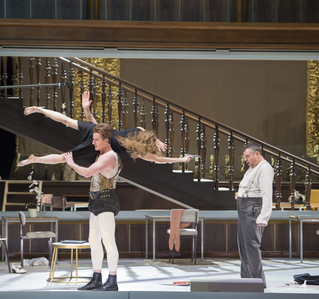 The Truth of a New Year’s Eve – or: oud en nieuw