Fortunately, this work is not only performed every seven years: Richard Wagner’s Der fliegende Holländer is about a mariner damned to sail the seas until the love of a woman redeems him. In his multi-faceted production, Marco Arturo Marelli interprets the work as a traumatic childhood memory of the title figure.

An icy storm drives the sea captain Daland's ship miles beyond his home on the coast. As the sky suddenly darkens and the waters again grow rough, another ship, a ghostly schooner, arrives and drops anchor next to Daland's. Its captain, the Flying Dutchman, steps ashore, despairing of his fate. He once swore he would sail around the Cape of Good Hope even if it took him forever, and the devil took him at his word. Once every seven years he may leave his ship in search of a woman who will redeem him from his deathless wandering if she gives him faithful, absolute love; failing this, he is condemned to roam the seas until the Day of Judgment. He tells Daland of his plight and offers a reward of gold and jewels for a night's lodging. Then, discove-ring that Daland has a young daughter, the Dutchman asks for her hand in marriage. Daland, seeing the extent of the stranger's wealth, immediately agrees. Instructing the Dutchman to follow, Daland sets sail for his home port.

At Daland's house, his daughter, Senta, dreamily watches village women as they spin. They tease the girl about her suitor, the huntsman Erik, but she remains in a trance. Staring at a portrait of the Flying Dutchman, she sings a ballad about the phantom captain. With burning intensity she prays that she may be the one to save him. Erik enters and, after the others have left, asks Senta to plead his cause with Daland. Noticing her preoccupation with the Dutchman's picture, he relates a frightening dream in which he saw her embrace the Dutchman and sail away in his ship. Senta exclaims that this is her own dream as well, and the despairing Erik rushes away. A moment later, the Dutchman himself stands before the girl. He tells her of his sad lot, and she vows to be faithful to him unto death. Daland blesses the union.

At the harbour, the villagers celebrate the sailors' return. They invite the Dutchman's crew to join them but are frightened away by the ghostly crew's weird chanting. Senta soon rushes in, pursued by Erik, who insists she has pledged her love to him. Overhearing this, the Dutchman believes himself betrayed and jumps aboard his ship. As horrified villagers crowd the shore, he reveals his name and nature and sets sail. Senta runs to the top of a cliff, trium-phantly proclaiming herself faithful unto death, and leaps into the sea. 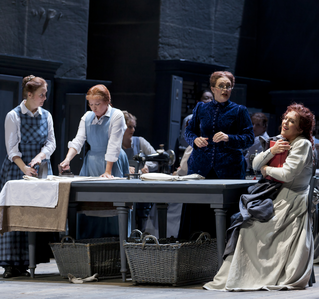 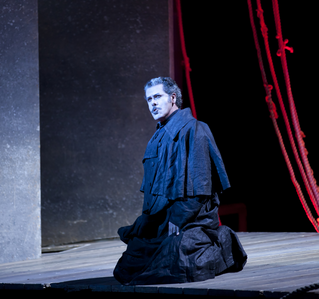 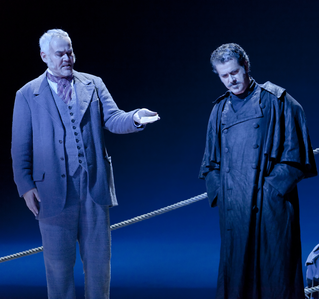 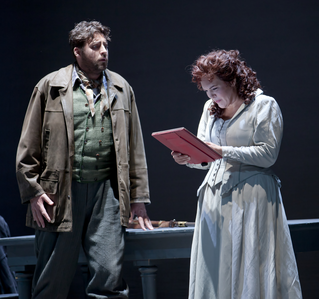 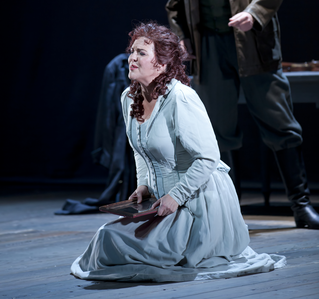 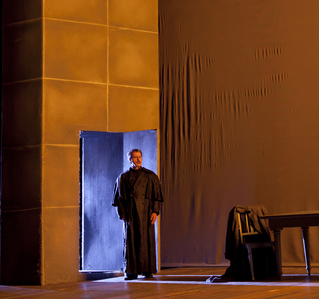