The opera “Aida”, one of Giuseppe Verdi’s most well-known works, is set in the land of the Pharaohs. Aida, the beautiful daughter of the Ethiopian king, has been abducted to Egypt. There she loses her heart to the courageous general Radames, who is, however, going into battle against her homeland. The unhappy Aida must choose between her Ethiopian roots and her love for Radames. Commissioned by the Cairo Opera, “Aida” was first performed in the Egyptian capital in 1871, conquering the world’s stages from there onwards.

Using scenic elements from Guy Joosten's production, a version was created that allows for the observance of current spacing and hygiene rules on and off stage.

Scene 1
Again, Egypt is threatened by the Ethiopians. The Eyptian army is preparing for war. Radamès learns from the high priest, Ramfis, that he has questioned the goddess Isis to name the commander of the Eyptian army. Ramfis already knows his name, and the King will soon publish it.
The young officer hopes he will be chosen as commander of the army, envisioning triumph so he can free his beloved Aida, Ethiopian slave of the proud Princess Amneris. He ignores that Aida who is in love with him, too, is the daughter of the Ethiopian king Amonasro.
Amneris, who herself loves Radamès, jealously senses his feelings for Aida when the three meet.
When a messenger announces that the Ethiopians led by Amonasro are advancing, the King appoints the jubilant Radamès as Egyptian commander, at which shouts of victory fill the air. Left alone, Aida is torn between her love for Radamès and for her native land. She prays to the gods for mercy.

Scene 2
In the temple, as priestesses chant the praises of Ptah, priests consecrate Radamès' weapon in a sacred ritual.

Scene 1
The Ethiopians are defeated. Amneris uses this as an opportunity to find out whether Aida is her rival to Radamès' affection as she strongly suspects. Feigning sympathy with Aida for the Ethiopian's defeat, she pretends that Radamès has been killed. Aida's reaction tells her all she wants to know. Amneris leaves for the festivities. Aida reiterates her prayers.

Scene 2
Populace, politicians and priests are celebrating. Radamès returns victorious, leading the Ethiopian captives, among them is Amonasro, Aida's father. The Egyptian King grants Radamès anything he wishes. Out of his love for Aida, he asks for the captives to be released. His wish is granted by the King but Aida and Amonasro remain as hostages to ensure that the Ethiopians do not seek revenge. Furthermore, as a reward, the king gives the hand of his daughter Amneris to Radamès.

Amneris is led by Ramfis to a temple of Isis for a wedding vigil. Aida, waiting for Radamès, is overcome with nostalgia for her homeland. Amonasro, who suddenly appears, preys on these feelings, forcing his daughter to agree to ask Radamès where the Egyptian army plans to enter Ethiopia. This she does when Radamès appears, ardent with dreams of their future life together. Just as he reveals the military secret, Amonasro steps out of hiding, and Ramfis and Amneris emerge from the temple. While Aida escapes with her father, Radamès surrenders to the priests as a traitor.

Scene 1
Amneris, still in love with Radamès, offers to save him if he will renounce Aida and marry her. He refuses even when she tells him that Aida has fled and her father been killed by the guards.
When he is led away, Amneris' pride dissolves, her love for Radamès revealed by her agony in hearing him condemned to death. She pleads with the priests to show mercy to him but their sentence is that he shall be buried alive. Enraged, the princess curses the judges.

Scene 2
Aida has hidden herself in the crypt to die with Radamès. They accept their terrible fate, bid fare-well to life's torment and sorrows, while they await their death. Amneris prays for peace. 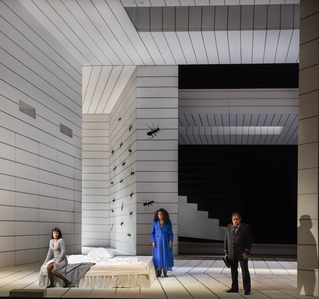 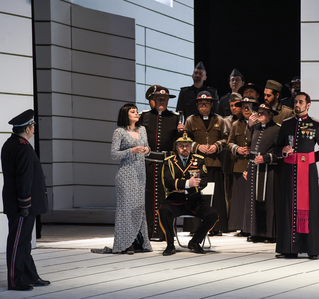 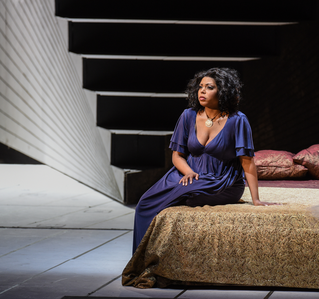 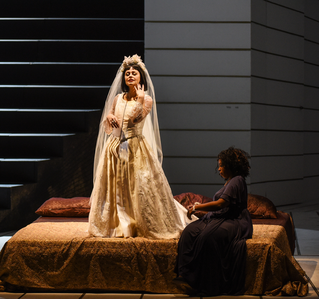 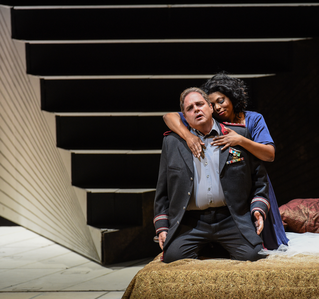 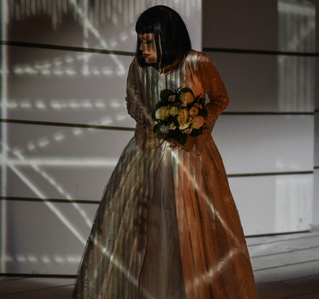 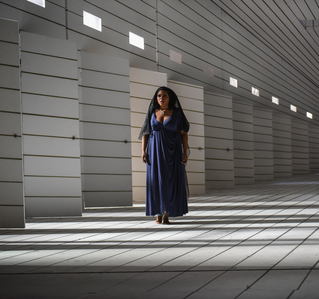