Even as a young man, Charles Gounod felt attracted by the story of Goethe’s “Faust”. For his opera composition, however, he was only interested in the love story between Faust and Marguerite and in the figure of Mephistopheles, who seemed to him the incarnation of everything evil and horrible. Thanks to Gounod’s clever sequence of scenes, impressive images follow one another, striking a perfect balance between dramatic highlights and lyrical passages. After the world premiere in Paris in 1859, “Faust” soon became a success all over the world. The work has been performed almost 3,000 times at the Opéra National de Paris alone.

Embittered at the end of his life, the old Faust wants to commit suicide. His despair is increased by merry songs praising the joys of youth and love. Cursing all his shattered hopes and dreams, he calls Satan to his side. Méphistophélès appears and promises to make Faust young again in exchange for Faust’s soul. The vision of a young girl, Marguerite, presented by Méphistophélès, arouses Faust’s desire. He strikes a deal with the devil. Méphistophélès takes Faust to a festival. Marguerite’s brother Valentin is going to war as a soldier. Confidently, he asks God to protect his sister. Méphistophélès prompts the people to drink to Marguerite’s health. He provokes Valentin, who attacks him, but is defeated.
Valentin repulses Satan using the crucifix on Marguerite’s medaillon. The festival culminates in an ecstatic dance that grows wilder and wilder. Marguerite appears, but rejects Faust’s advances.

Marguerite’s suitor Siébel leaves flowers at her door. In order to best him, Méphistphélès puts a jewellery box next to the flowers. Surprised and overwhelmed, Marguerite finds the jewellery and puts it on. Her neighbour Marthe encourages her to keep the jewels. Méphistphélès and Faust approach the two women. Méphistophélès skilfully distracts Marthe to give Faust a chance to win Marguerite. Shaken by Faust’s insistent wooing, the girl finally sends him away. With cynical remarks, Méphistophélès urges Faust to return to her. Hardly in control of herself, Marguerite can no longer resist and sinks into Faust’s arms.

Faust has left Marguerite. She is pregnant and has been cast out by society. Only Siébel remains faithful to her. The soldiers return from war. Valentin senses that his sister has changed in the meantime. Méphistophélès prevents Marguerite from finding consolation in her faith. A coarse serenade sung by Méphistophélès pushes Valentin to challenge Faust to a duel. Helped by Méphistophélès, Faust wounds Valentin. Dying, the soldier curses his sister. Marguerite goes insane.
Fourth Act
Marguerite has killed her newborn child. Haunted by guilt, Faust forces Méphistophélès to bring him to the prison in which Marguerite is awaiting her execution. In vain Faust tries to convince her to escape with him. She recognises Méphistophélès as the personification of evil, commits her soul to God and rejects Faust. Triumphantly Méphistophélès announces her doom: „She has been condemned!“ But voices answer him, „she has been saved“. 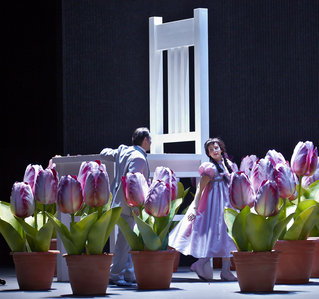 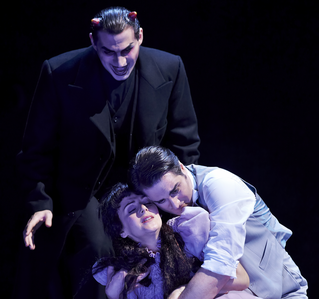 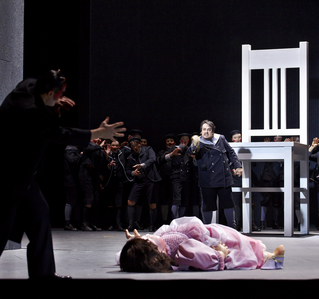 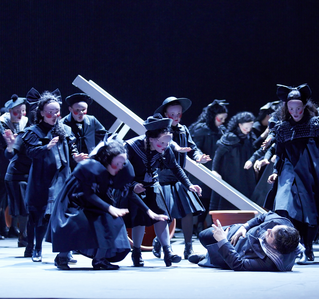 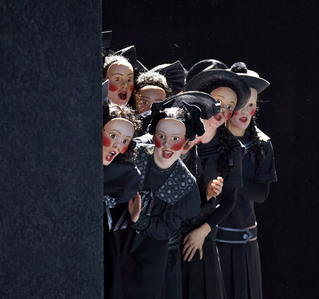 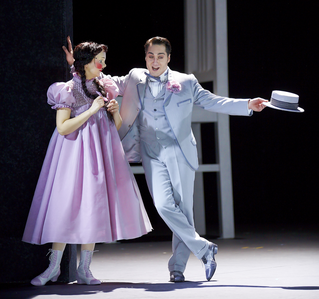 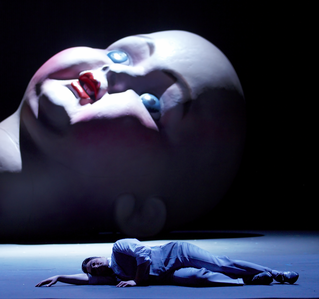 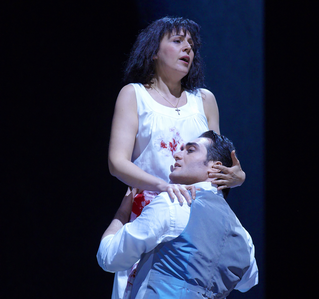 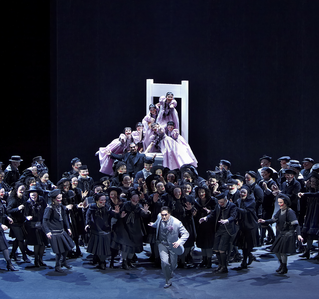 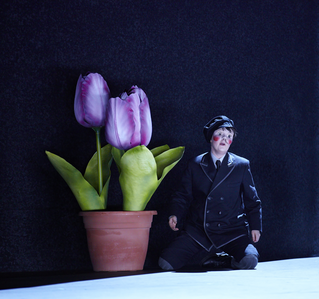 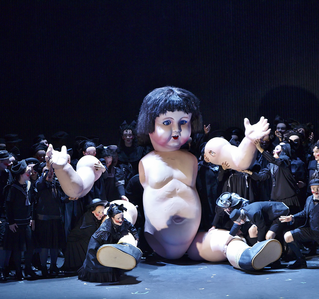