John Neumeier's ballet "Illusions – like Swan Lake" was premiered in 1976. The character of the king, its central figure, is based on King Ludwig II of Bavaria as well as Pyotr Ilyich Tchaikovsky, the ballet's composer.

A King is declared insane, taken prisoner during a masked ball, and locked up. An unfinished room in one of his own palaces serves as his prison. Left alone he senses the fleeting presence of another being, the "Man in the Shadow", but before he can comprehend the meaning of the vision it disappears.
Caught up in his dreams, he sinks exhausted next to the model of one of his extravagant palaces.


The First Remembrance:
The Foundation-Stone Celebration

Artisans and the peasant population are celebrating the completion of the framework of the new palace's roof. The King is also present accompanied by his confidante, Count Alexander, and takes part in the festivities, joining the peasants in their abandoned games and tests of strength.
Other members of the court arrive, among them, the Queen Mother accompanied by Prince Leopold, Princess Natalia the King's fiancée, and Claire to whom Count Alexander is engaged. The celebration is a welcome opportunity for the latter to indulge in the pleasures of summer in the country and they picnic and dance delightedly. A quadrille is arranged and the festivities reach their climax with a polonaise, led off by the Queen Mother and her escort.
Only the King draws away from the general merriment and, sunk in his own thoughts, remains alone. Princess Natalia finds him thus when she returns but he refuses even to accompany her. "The Man in the Shadow" is again present.

In his prison the King once again stumbles upon one of the objects stored in the unfinished room, draws back its dust cover and discovers it to be a designer's stage model for the ballet "Swan Lake".


The Second Remembrance:
A Private Performance of "Swan Lake"

The King has the ballet danced for himself alone. It tells of the Princess Odette who was transformed into a swan by the magician Rothbart and may only resume her original human shape for a short period at midnight. It tells of the Prince Siegfried who, when out hunting for swans one night, observes the transformation of the swan princess and falls in love with her. The King identifies himself completely with the illusions of the stage and even assumes the role of Prince Siegfried.
Princess Natalia has secretly come into the theater so as to be able to observe the King closely and is taken aback to see his intense relationship to the swan-princess as he dances with her. She leaves, deeply disturbed by what she has seen.
As the tragic ballet ends the evil Rothbart seems, in the eyes of the King to be transformed into the "Man in the Shadow".

Loud march music startles the exhausted King in his cell. His hysterical condition allows him to be tortured by hallucinations. He imagines that the victory procession of his supposed rival Leopold is parading by, and he collapses. In doing so he accidentally touches a painting that portrays him as he looked at his coronation. This sudden confrontation with memories of his own coronation causes him to again lose himself in the past.


The Third Remembrance:
A Masked Ball

The King recalls the grand Ball of Nations with which this very night had begun. He had come costumed as Prince Siegfried.
Clowns entertain the guests, presenting the wearers of particularly successful costumes, and function as masters of ceremony by ordering various sets of the cotillon. Guests in varied national costumes introduce their respective national dances. The Queen Mother is in Hungarian dress and leads off the dance with a Salon-Czardas. As dancing partners are exchanged during the waltz and Princess Natalia meets up with the King, she lets the domino she was wearing slip from her shoulders to reveal that she is in a costume patterned after that of the swan-princess. The King is pleased by her idea, is transported to the dream-world of Swan Lake by her evocative play-acting, and for the first time a spark of understanding unites them.
The clowns unexpectedly appear between the dancers and demask everyone present. It is midnight, the end of carnival, time to unmask. A clown in black approaches the King, unnoticed by the others, and slowly unmasks, revealing himself as the "Man in the Shadow". The reencounter tears the King out of his imagined world and the illusion of his communication with Natalia-Odette is destroyed. The King behaves as if insane and goes so far as to insult the Queen Mother. Employees of the state arrest him.

The King is asleep. As a knock is heard on the door he awakens, as if from a nightmare. Princess Natalia, still in her carnival swan-costume, is allowed in for a short visit. He sends her away, for ever.

Fantasies, delusions of Swan Lake appear before the King's eyes and mix with reality. He senses clearly the presence of the "Man in the Shadow" and turns to him, accepting his own fate. 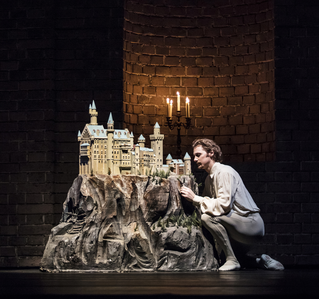 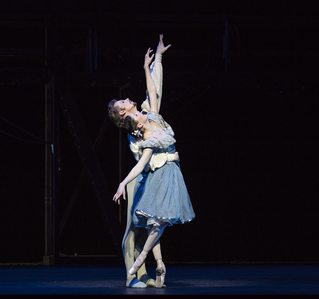 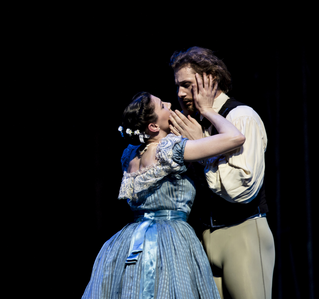 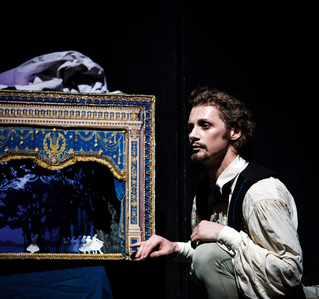 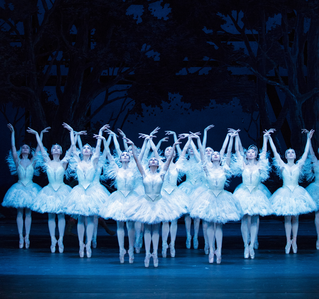 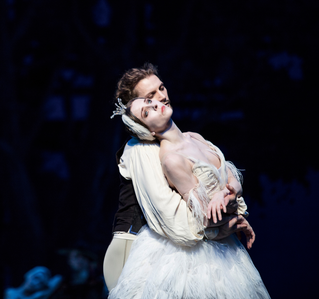 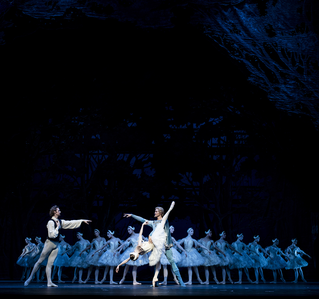 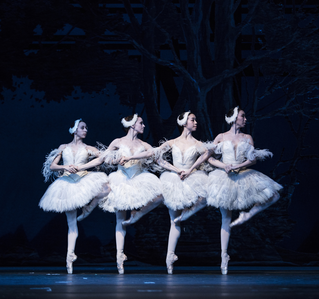 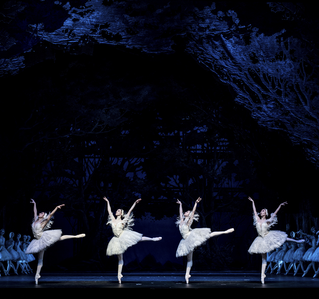 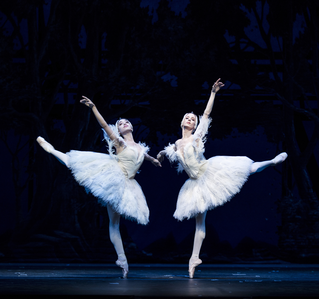 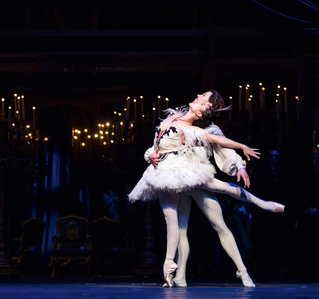 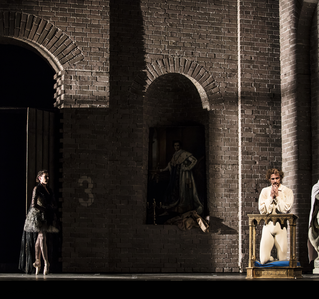 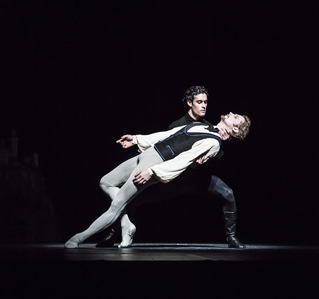 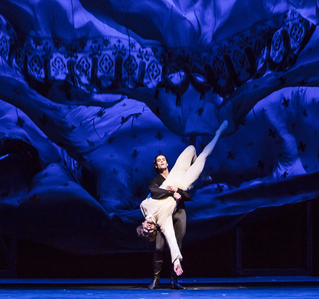