Eurydice is dead, a fact the man and artist Orpheus cannot accept. He demands her return. Indeed, the beauty of art and its power to transcend and destroy borders manage to render the weapons of Death and its guards ineffective – apparently, this is necessary. Eurydice is allowed to return to the living. While in the antique myth, Orpheus casts a longing, but deadly gaze back at his beloved walking behind him, in Gluck's treatment this turns into Eurydice’s suspicion that he might not be looking at her because he no longer loves her. The proof she demands that this is not the case kills her a second time. Things, however, are seldom what they seem: Amor, Love, has staged the entire episode to test Orpheus, and Eurydice lives. The gods simply do not trust humans, as little as vice versa.

In the Repertory:
Lyric Opera of Chicago
Los Angeles Opera

In French with German and English subtitles
A co-production with Lyric Opera of Chicago and Los Angeles Opera. Supported by Twerenbold Reisen AG and the Foundation for the Support of the Hamburg State Opera.

Act One
Orpheus, a choreographer, rehearses his new ballet The Isle of the Dead, inspired by the painting by Arnold Böcklin. His wife Eurydice, the company's temperamental star performer, is to dance the principal role. She arrives late—they quarrel. Furious, Eurydice leaves the rehearsal.

An accident—Eurydice is dead. Friends and passersby mourn the sudden loss. In shock and tortured by grief and regret, Orpheus sadly recalls his wedding. In despair, he suffers a breakdown. His assistant, Amour, comforts him, suggesting the mythical journey of Orpheus into the Underworld.

Act Two
In his madness, Orpheus imagines himself in Hades, where the Furies angrily block his attempt to pass through the Underworld. He begs them to pity him, explaining that if they had suffered as he has done, they would not be so indifferent. Calmed by Orpheus, the Furies allow him to enter Elysium.

Orpheus is astonished by the serenity and beauty of Elysium, but he feels that only after being reunited with Eurydice can he savor its joys. His impatience is finally placated when his wife is brought to him. As in the myth, the condition of her being restored to life is that he not look at her until they are back on Earth.

Act Three
Without looking at his wife, Orpheus urges her to follow him quickly. Astonished to realize that she is still alive, Eurydice wonders how this can be, but Orpheus refuses to answer any of her pleading questions. Stunned by his silence, her temperament flares up at what she perceives as his indifference. Unable to stand her pleading and accusations any longer, Orpheus turns to her. Eurydice dies again. Orpheus laments her death bitterly. Amour convinces him that his suffering has conquered all, and that Eurydice will live on in Orpheus's heart and in the imaginary ballet he created. 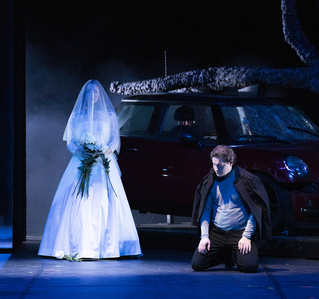 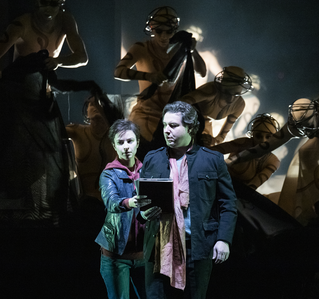 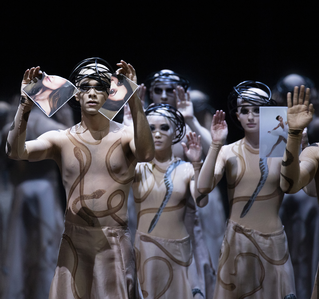 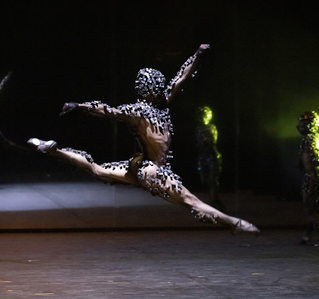 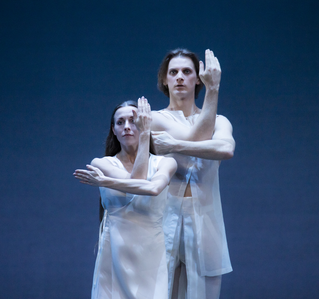 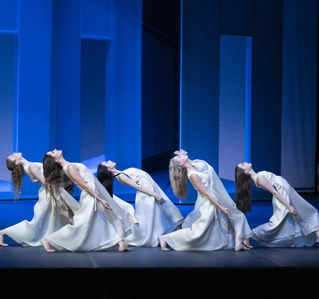 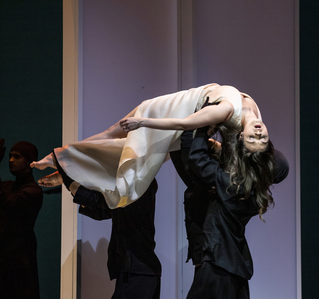 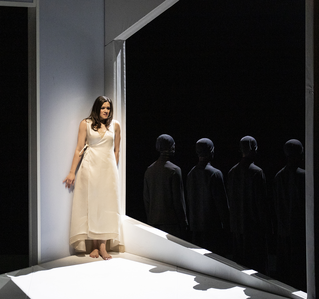 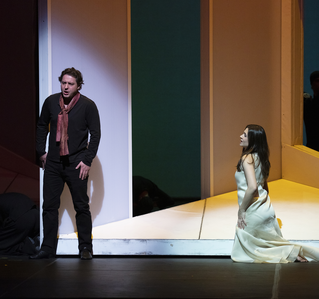 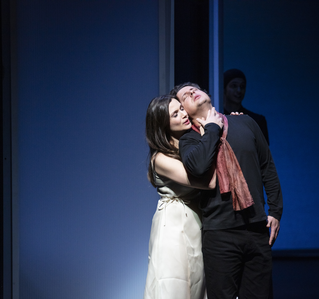