A Ballet in a Prologue and Three Acts

"The Winter's Tale". Wheeldon's ballet about Shakespeare's romance of the same title was created as a co-production of the Royal Ballet and the National Ballet of Canada and was enthusiastically received by audiences and critics.

"The Winter’s Tale" was produced in association with the Royal Opera House, Covent Garden, London and the National Ballet of Canada

Supported by the Foundation for the Support of the Hamburg State Opera. We wish to acknowledge that the set for this ballet is a generous loan from the Royal Ballet

[Read more]
Prologue
Two kings separated as children are reunited in adulthood. One king, Leontes of Sicilia, marries Hermione, giving her a beautiful emerald. They have a son, Mamilllius, and are blissfully happy. The other king, Polixenes of Bohemia, visits the court of Leontes. He is delighted to be reunited with his old friend and stays for nine months. By the time of his departure, Hermione is about to give birth to her second child.

Act I
THE COURT OF SICILIA
It is the day of Polixenes' departure. The Bohemian court say goodbye to their Sicilian friends. At Hermione's request, Polixenes agrees to stay on another week. In a flash of jealousy, Leontes becomes convinced that his wife has been unfaithful and is carrying Polixenes' child. Jealousy turns to rage and he attacks Polixenes, who flees back to Bohemia. Leontes publicly accuses Hermione of adultery and treason, then has her arrested. This so distresses Mamillius that he falls seriously ill. In prison, Hermione has given birth to a daughter. The head of her household, Paulina, brings the newborn to Leontes, hoping to convince him that the baby is his daughter. Instead, Leontes violently rejects the child, then orders Paulina’s husband Antigonus to abandon the baby in a remote place. Antigonus sets sail into a brewing storm with the baby and some treasure, including the emerald once given to Hermione by Leontes. Hermione is brought to trial and pleads her innocence. Leontes, now quite mad, refuses to believe her. Dazed and feverish, Mamillius enters the courtroom and, upon witnessing the unfolding tragedy, he collapses and dies from distress. Seeing the death of her child, Hermione too collapses dead and is taken away. Only now does Leontes realize the disastrous consequences of his terrible mistake.

THE SHORES OF BOHEMIA
Battling the storm, Antigonus struggles ashore to abandon the baby princess. As he leaves, he is pursued and killed by a wild bear. His ship, waiting at sea, is smashed to pieces on the rocks. As day breaks, a shepherd and his son, Clown, discover the baby girl and the treasure.

Act II
A HILLSIDE IN BOHEMIA. SIXTEEN YEARS LATER
Perdita, the abandoned daughter of King Leontes and Queen Hermione, has been raised by the shepherd who found her. She dances beneath the great tree with her love, Prince Florizel, the son of Polixenes, whom the other villagers know only as a shepherd boy. The villagers arrive for the annual springtime festival. King Polixenes, who has heard that his son has been cavorting with a shepherdess, sends his steward to spy on the young prince. When the steward confirms his suspicions, Polixenes is enraged, and demands to see for himself. At the festival, Perdita is to be crowned May Queen. In honour of the occasion, Father Shepherd presents her with the emerald necklace he found with her on the beach. Polixenes and his steward arrive in disguise, keen to see what Florizel is up to. On witnessing Florizel's engagement to a mere shepherdess, Polixenes reveals himself. He is furious with Florizel, and condemns Perdita and her family to death. They all flee by boat to Sicilia, pursued by Polixenes.

Act III
A CLIFFTOP IN SICILIA
King Leontes mourns by the clifftop graves of his wife and son, watched over by Paulina. Perdita and Florizel’s ship approaches Sicilia.

THE PALACE IN SICILIA
Perdita and Florizel appeal to Leontes to allow their union, and to intercede with the enraged Polixenes on their behalf. Leontes is taken with the likeness of Florizel to Polixenes. He agrees to help the young couple, who remind him of his lost children. Polixenes arrives and Leontes tries to reason with him, but he violently handles Perdita, revealing the emerald. The long lost Princess of Sicilia is miraculously alive and the two kings are reunited. The palace celebrates the wedding of Florizel and Perdita. As the festivities die down, Leontes is led by Paulina to see a new statue of Hermione. Deeply remorseful, he kneels at its base. Suddenly, the statue comes to life – it is Hermione, who is alive and has been kept in hiding by Paulina for 16 years. She embraces Leontes, and the family is reunited. 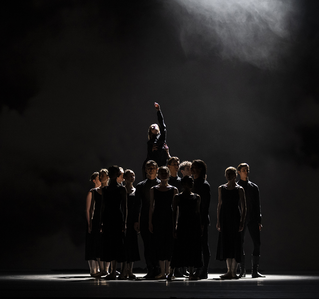 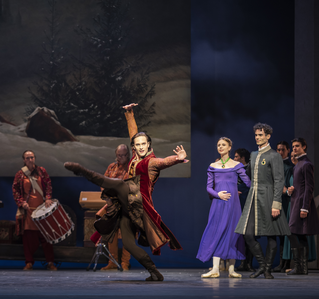 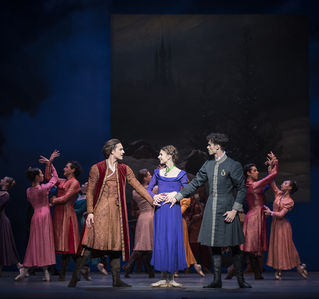 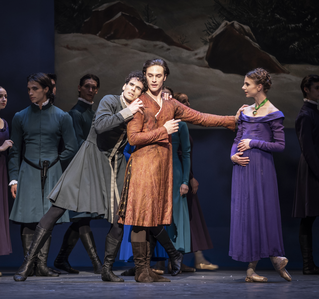 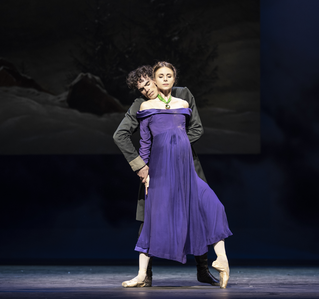 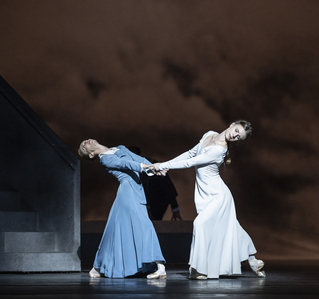 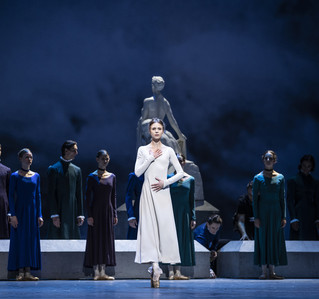 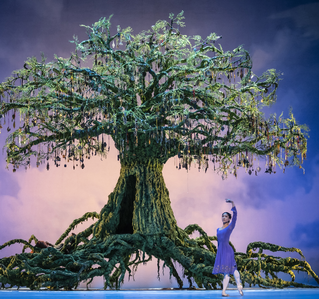 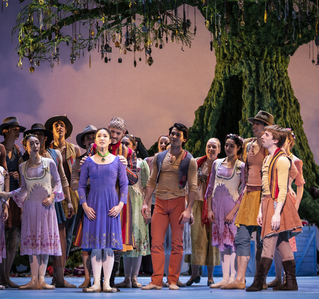 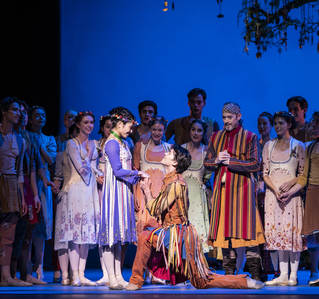 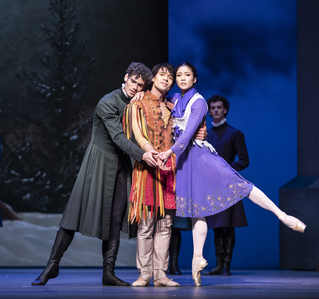 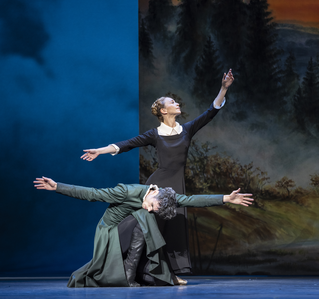 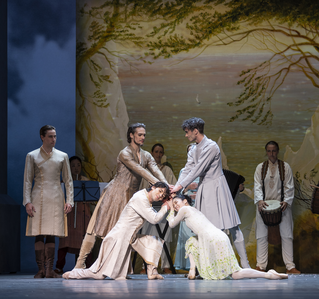 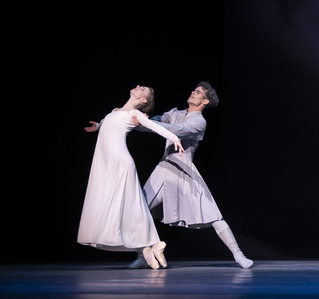 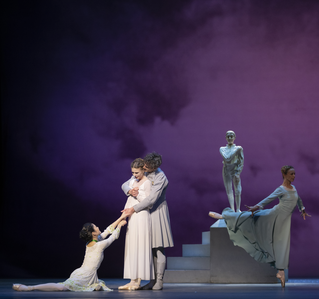